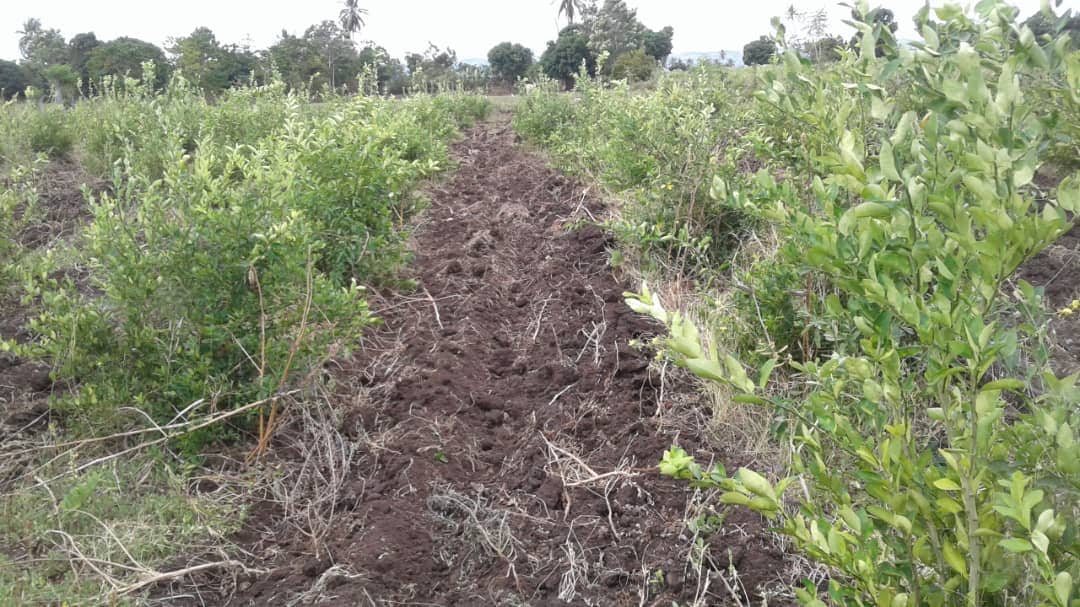 Posted at 14:55h in Blog by Kathy Radcliffe 0 Comments

We are excited about the addition of cover crops to the farms in Haiti. Cover crops aren’t used much in Haiti. And one new plant to Haiti, Velvet Bean, has had wonderful success with what it can do to add nitrogen to the soil. Sure, fertilizer can do the job, but this plant, WITHOUT the addition of fertilizer, adds enough nutrients to the soil that it can quadruple the yields. This is a big deal in Haiti. In 2019 Haiti was hit hard with political unrest that shut the country down for more than three months. Inflation has sky rocketed, The cost of fertilizer is out of reach for the small farmer. With the addition of cover crops, especially one like Velvet Bean, there is no need for fertilizer. No, velvet bean can’t be eaten, but that does not diminish its importance. Velvet Bean can stimulate the main crop on the field, such as the Lime trees (pictured above), where the Velvet Bean was first planted, to double in size. This crop has becomes healthy, and strong enough to produce four times the limes it would have without this he-man plant. Not only that, the Velvet Bean can be stored, dried and used again on other farms. And that’s not all, the leaves to the plant, when left to dry and worked into the soil, also continues its work by adding nitrogen. Think about it, if this plant can add the needed nitrogen, covers the ground so, weeds don’t take over, saving time, money and hard labor on weeding, cuts the need to buy expensive fertilizer, it can stimulate the agriculture economy and help to revolutionize farming in Haiti.

This is one of the ways the Haitian agriculture team, Planting for Hope and Future (PHF), the group that Harvesting 4 Haiti is assisting financially until they become self-sustaining, is bringing new agriculture ideas and methods to Haiti. it is exactly what Frantz Dorcel Ady, PHF’s Founder and Executive Director envisioned when he started this group and wrote his business plan. Stay tuned for other new ideas that this group is bringing to Haitian farming. Ideas that will help not only the small farmer, but also the consumers as they bring more locally grown fruits and vegetables to the marketplace to replace the expensive imported food that currently fills the tables at these open markets. As Ady says, “It is time that Haiti brings back agriculture again to bring the locally grown fresh fruits and vegetables to the people.” And this initiative is doing that.