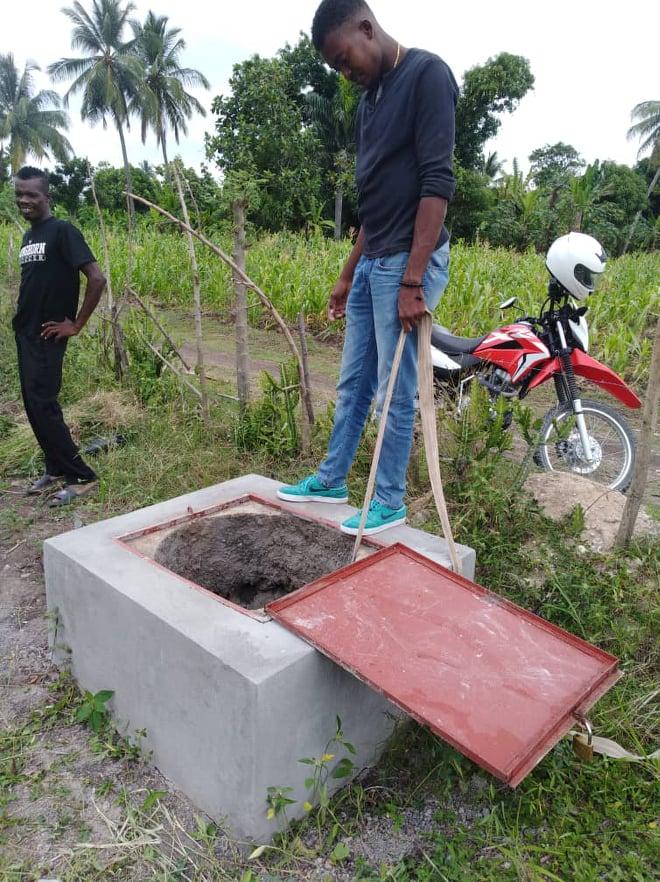 Posted at 12:47h in Blog by Kathy Radcliffe 0 Comments

Climate change is already having an effect on farmers throughout the developed and developing world. In some areas we are seeing massive flooding and in SW Haiti farmers are suffering through a prolonged drought. The PHF team dug a well at Farm 6 and water was reached at only 35’ deep. However, this past week, the team had to clean out the well because it plugged up. The water is pumped out with a gasoline powered pump to irrigate the mangos and other crops. Young trees are especially susceptible to drought as they have grown lots of leaves but don’t have a very deep root system.

The title of this blog, “Prohibiting Droughts’ is a phrase coined by Roland Bunch in his book: Restoring the Soil- How To Use Green Manure/ Cover Crops to Fertilize the Soil and Overcome Droughts. The concept is two fold: increase the water holding capacity of the soil and prevent water that’s in the soil from evaporating. Years ago I was asked to join a small team visiting a Maasai community that was literally at the end of the road. So far out from a main road that the government agents never visited. Our main goal was to look for a water source. During our visit, one of the members of the village showed me his maize crop. It was struggling due to drought. As we were walking through it, I reached down and picked up a clump of dead grass that had blown in. The farmer was very apologetic as he wanted to have a pristine weed free field. I asked him to touch the soil under the grass. He did and felt that it was cool and moist. The lesson was that bare soil heats up in tropical heat, loses moisture, and the organic matter disappears.

So wouldn’t it make sense just to leave the weeds there? Not so fast. Weeds are vertical and really don’t shade the soil. Cover crops like mucuna, cowpea, and lablab grow horizontally preventing the hot tropical sun from hitting the soil. The combo of increased organic matter and shading the soil will do much to cut back on the need for irrigation.